make your voice heard - save the tip credit

In Massachusetts, we have been operating with a state minimum wage that far exceeds the federal minimum wage. Yet, in spite of these higher minimum wages, Massachusetts has recognized the importance of having and protecting the tip credit.

Eliminating the tip credit would have a dramatic impact on a large percentage of the industry and most importantly our employees.

** CALL TO ACTION**
Senate Parliamentarian Decision on "Raise the Wage" Act
Senate parliamentarian, Elizabeth MacDonough, last night ruled that the Raise the Wage Act is ineligible for inclusion into the budget reconciliation bill.

Next Steps:
Although it has been ruled ineligible for inclusion, it will remain on the short list of priorities for certain members of Congress. Working collectively with the National Restaurant Association, we will continue to apprise Senators and Congress of our concerns with the approach taken with including the "Raise the Wage Act" in the stimulus bill.

As a reminder, the "Raise the Wage Act" would eliminate the tip credit and tip pooling, in addition to establishing a $15 federal minimum wage, which gets most of the media attention surrounding this bill. 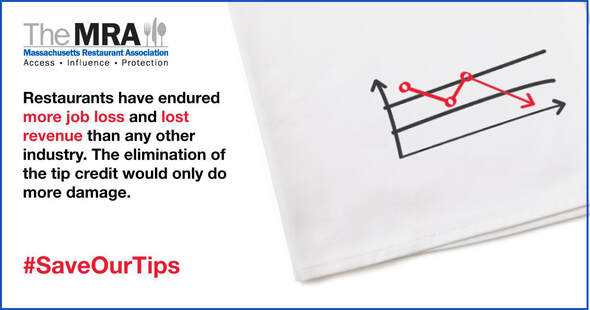 Servers are not the asking for this, as this radical change is being driven by activists not in the restaurant industry. One national labor group, The Restaurant Opportunities Center, has pushed the narrative that the tipping system needs to go away, but do they really have server’s best interest in mind? One of their organizers recently quipped “you can’t collect union dues if employees are earning their income through tips.”

Servers across the country have rallied to say “leave us alone” because the current system works for them. A recent Maine op-ed was entitled “I am a restaurant server and I don’t need anyone to save me!” At the MRA, we have heard from servers pleading with us to help stop this legislation.

Much has been made about the 7 states that do not permit restaurant owners to claim a tip credit.  Contrary to what the activists would lead you to believe, this is not a recent development, these states have not had a tip credit for decades.
​
According to Federal data, the average Massachusetts tipped employee earns more than a dollar per hour more than California servers who are paid the state minimum wage. The current compensation model works for tipped employees because they can maximize their income in the relative short hours that come with being a restaurant server.
Why Tipping Works
​Watch this informational video to learn more about why the tipping system works.​ 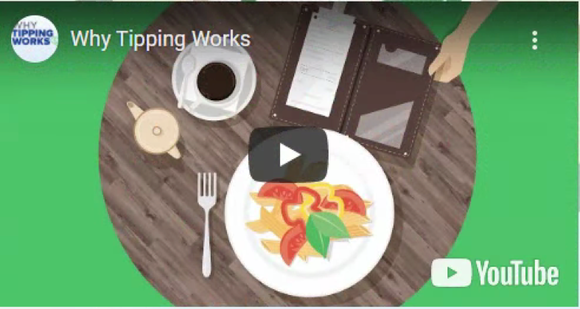